To Die In A Closet

“It never ceases to disappoint me how someone will be your friend, if only you will stand in the corner with a bag over your head. How can you call someone a friend if they embrace you in private, but deny you in public? Can you call such a friend a coward? Or are they a victim of a much larger social distortion?” 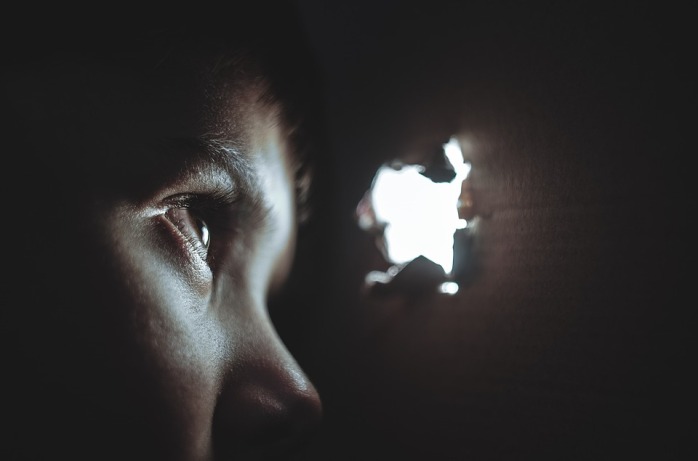 To Die In A Closet

Laying Out the Bones

This is for all those guys and girls out there who live secret lives. More specifically, the gay teens and young adults who are still battling themselves, not sure where they belong in the social order of human life, who are unsure of who they are, who are afraid of facing the consequences of walking out of the closet.

To a lot of people, the concept of “coming out” is a joke, but embracing your orientation is no laughing matter. People kill themselves because they cannot face the reality of everyone they love and care about turning their backs on them and walking away, simply because they are gay. The fear of what people will think of you, how they will treat you, is a harsh state of being. You are constantly in fear of people finding out before you are ready to be open about it. The burden of this secret is a devastating thing to carry on your shoulders, ever so much more difficult when you carry it alone.

No where is this more painful to endure than in small communities, where everyone seems to know everyone else’s business. In these small communities, gay people can live a lifetime never having lived one day as themselves. The fear of social unacceptance is so strong for some people that they, metaphorically, die in a closet and like I mentioned, sometimes by their own hand.

If you know someone who could somehow benefit from reading this, I encourage you to pass it along. If you think it was worth reading then I hope you share it with anyone and everyone you want to share it with. And if you can personally relate to this and you want to talk about it, then message me.

The Things You Wish I Wouldn’t Say

I have known that I’m attracted to other guys since I was 13 years old. How does a thirteen year old perceive and understand these things? It’s actually pretty simple. If you are a straight person, think about how you knew you liked the opposite gender. Being gay is honestly not any different. If you are bisexual, these things are a little more complicated, so for the sake of simplicity, I’m only going to talk about things from a gay perspective. And I’m going to talk about things from a male perspective as I have no idea what it’s like to be a lesbian.

For nine years I lived in the proverbial closet. Can you imagine a straight person pretending to be gay? I wonder how that would work? Pretending to be something that you are not is so mentally and even physically demanding, you have to be on your toes constantly, be ever self-aware of what you say and do. Over time, you become paranoid about people finding out. You convince yourself that someone knows, that they have figured it out and that they are going to tell everyone. That constant voice in the back of your head keeps whispering to you that everyone is going to know, that everyone is going to hate you.

It also doesn’t help when your friends (not knowing that you are gay) will say things in front of you about gay people, crack jokes or even spew hate about homosexuals. Things like that are enough to make you want to forever keep your mouth shut.

Despite those things, there is a deep yearning inside of you to open up to someone, to just tell one person how you really feel. To get a chance to be yourself, to live your life as you and not as some fake person you created to protect yourself. In that yearning, that deep seeded desire to tell the truth, is held the potential for the dawning to the rest of your life.

It takes immense courage to evaluate who you are, be introspective enough to understand your thoughts and feelings and to then tell people about it. The amount of trust involved in opening up about your orientation is rivaled by little else. Those first few people you tell, are individuals you have immense respect for and trust in, that they will not turn against you. The majority of the time, family is not the first to know. Most of us choose to tell friends before family, though I’m really not sure why. I suppose we anticipate being able to handle the rejection from friends, but not from our family. Who are supposed to love and accept us no matter what. Which, for many, is actually not the case.

For some, telling your family means that you will be outcast. Thrown out of your home by your parents because they cannot personally accept the “choice” they think you have made. Misunderstanding what homosexuality is, how it happens, what it really means is the number one reason why family and friends become rejective.

In the spring of 2008, when I was twenty-two years old, I felt that it was necessary for me to walk out from the darkness of my proverbial closet and start telling everyone that I was gay. This wasn’t, however, the first time I decided to tell people, but it was the first time that I was no longer afraid of what people would say. I decided to grit my teeth and march forward, in the hopes that at least not everyone would hate me. I told myself that I would never die in a closet, that I would at the very least live my life not ashamed or in hate of myself.

It didn’t take me long to learn that there is still a massive amount of misunderstanding out in the world about what homosexuality is all about. And where there is misunderstanding there are preconceived ideologies and opinions that are rarely ever correct. And these false notions create distrust and hate.

Within months of my coming out, I lost friends. Some straight up denied me, others backed up slowly out of my life. A missed message here, an unanswered phone call there, communication became non-existent.

I think that the worst ones are the ones who pretend to still be your friend. Like the quote at the very beginning of this essay, those people who will be your friend in private, but when in public, around other people, they will hardly act like they even know you. My first impulse is to call these friends cowards. Cowards, for not having the courage and loyalty to still be your friend in the face of social adversity. They know that to embrace you (a now known homosexual) is to put themselves in the spotlight.

Being openly gay has a wave effect on your entire life. Not only are you going to be judged, but now everyone you know and socialize with will also be judged. And especially for your straight guy friends, this will become very difficult. Just because they are friends with you, other straight guys are now going to taunt them for it. Questions about their own orientation are going to be brought up. The stigma of homosexuality has a far-reaching effect on you and everyone you surround yourself with.

For the brave few who withstand the onslaught of criticism and judgement to remain at your side, these people are your true friends. The act of remaining friends with you might seem like a trivial thing for outsiders, but the courage and commitment it takes is astounding, especially in small conservative communities.

To all of you out there who may read this one day. All of you who reflect every gay stereotype and those of you who don’t, like you the sports fanatic who is secretly gay, or you soldier or marine, you carpenter or mechanic, you outdoorsman, you biker or farmer; I hope that one day you will accept yourself and then find the courage to be yourself.

I have more fingers on my right hand than people whom I know are homosexuals in the county that I live in. No, I didn’t say town or city, I said county! That’s the type of environment I live in. I know full well, that there are other gay people out there, other gay guys who know and feel and understand the things I’ve been discussing, but who have fear that keeps them inside their closet. In many ways I can’t blame them for it. It’s torture to live a lie, but to live the truth can be more painful. It takes strength to wake up and decide that today is the day you begin living as your true self. It took me nine years to finally make that choice. Despite the negativity, I would never go back into hiding. I would rather die as myself than to die in a closet.

This essay is available as an audio track on SoundCloud:

← Execution
Walk With Me →