Lords of the Wild 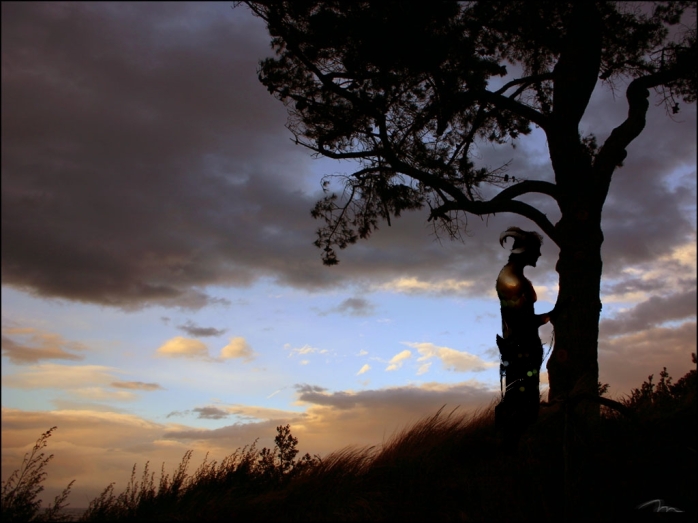 Lords of the Wild

For millennia human beings have created depictions through art and literature of fabled beings who resided in forests, mountains, and various other aspects of nature. These ranged from male and female beings who looked very human like to those who were either half-animal or half-plant. These gods, deities, and spirits were charged with guarding the various natural landscapes, including rivers, mountains, grasslands, and forests.

On every continent that humans settled, some version of these beings were formed in the human psyche, as any wilderness area was considered both sacred and dangerous to ancient peoples, offering them both the opportunity to survive and also the opportunity of death. Upon entrance into these types of places, ancient peoples felt a presence, as though they were being watched, their intentions and actions being judged as either respectful or harmful by the spiritual beings that dwelled within, who both awed them with natural beauty and challenged them with survival.

In this way, many of these beings were aspects of more than just guardians of nature, but also heralds of birth and death, and the changing of the seasons. These ancient deities would eventually spawn some of the most prominent gods and goddesses of the world’s oldest religions, spanning both monotheistic and polytheistic religions, and it was due to their rise in popularity that Christianity began assimilating these deities with their idea of the fallen angel, Lucifer. They in turn encouraged non-Christians to abandon the old world gods and encouraged people to see these deities as representations of sin, evil, and the loss of salvation.

Lucifer meanwhile became more animalistic in description, making it more compelling that he and the old world deities were all one in the same, avatars of Christianity’s satan.

One of the earliest symbols attributed to these deities were horns or antlers, symbolizing the masculine force of power, dominance, or authority, the very same reason Lucifer himself would later be adorned with horns in Christian art and literature. It was one of several symbols connecting the ancient deities to their role as lords of nature and also protectors of all that was wild. Not only was it believed that these spiritual beings protected natural landscapes, but also those that lived within, both animal and plant.

From the god Yum Kaax who watched over agricultural efforts of the Mayans and Nerik the weather god of the Hittites, to the Finnish hunting god Nyyrikki and Georgian hunting goddess Dali, these spiritual beings were worshiped in the hopes that they would bring good harvests through farming and hunting. In more well-known ancient belief systems such as the Celtic, Greek, Roman, Scandinavian, and Norse mythologies, there are many gods, goddesses, and minor deities all associated with various aspects of living in-tune with and dependent upon nature.

The Green Man of Europe was heavily influenced by the pagan belief systems of pre-Christian expansion. During the time of old Germanic and Celtic beliefs, people believed that there was a spirit that didn’t just live among the forests and fields, but was very much a physical part of these places. The Green Man, for this reason, is often depicted as a living embodiment of plants. His face is adorned with deciduous leaves, his hair and beard adorned with different types of nuts and berries common to Europe at the time.

As the seasons changed, his appearance would also change. In Spring, he would be depicted as young with vibrant greens, sometimes with flowers and berries in his beard through Summer when he appeared more mature. In Autumn the leaves surrounding his face would have tints of yellow, orange, and red, the flowers and berries replaced with acorns, and finally in Winter he would be depicted as old and wrinkled, leafless branches protruding from his beard and hair, the remaining leaves damaged and crumbled with tints of brown.

In some depictions the Green Man was shown with horns or antlers and holding or wearing a torc, a type of metal band that represented status in Medieval times, while surrounded with various types of animals. These depictions were reflections of the Celtic god Cernunnos, who himself was almost always shown with these features and surrounded by animals, including a serpent.

The similarities between these two deities makes it difficult to determine which arose earlier in European culture, as both the Celts and the Germanic tribes lived in what is now known as Germany, before the Celts of mainland Europe receded to the French coast and the islands of Ireland and the United Kingdom. Whichever is the case, it’s the Green Man who would later remain a constant part of European art, literature, and architecture, as his leafy face can be seen even today in the stone works of centuries old structures, including bridges and even Christian churches, a defiant god of the wilds constantly reminding us that even man-made cities belong to the Earth.

While small numbers of heathen and pagan religions and spiritual belief systems exist today, still worshiping the old gods and deities of ancient times, and some avatars of Hindu gods still represent nature, much of the old belief that humanity’s existence pivots on the conditions of our natural landscapes has faded away. The Earth and its remaining regions of wilderness are now frequently considered less sacred or less vital to our survival, and instead are considered a hindrance, uninhabitable, or merely a resource to be used and discarded without respect or gratitude.

For those that remain conscious of their impact on nature and retain a certain reverence for all that is wild, without the need to manifest gods or deities, a new religion called Pantheism was spawned that intertwined the sacred and the natural through the thoughts of the 17th century Dutch philosopher Baruch Spinoza. He believed that the spiritual was not some distant thing only reachable by death, but rather was a living part of everything in the Universe. He rejected the idea that a god was some being hidden away somewhere out there that our human nature could not reach, but rather that such a being must instead be a force in all things. Inside the tree, inside the wolf, inside the man, above us and below us, and most importantly within us. Thus we are the lords of the wild, tasked with protecting the sacred.

← The Inexplicable
The Power of Belief →